Ramsbottoms first modern fire engine was a Karrier 73A Composite which had bodywork by Carmichael. 35CTB was based at Ramsbottom along with 21CTB another Karrier. These were fitted with a 400gal tank and could act as a water tender escape or water tender.

Originally based at the Council Yard Fire Station before moving to the Stubbins Lane Fire Station in 1963. They were based here from around the 1955 – 1968. 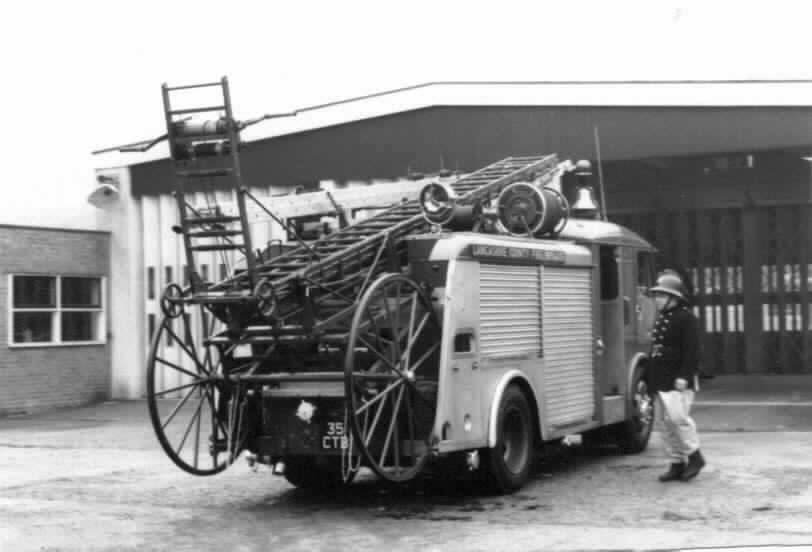 35CTB Karrier seen here in the rear of the present fire station and lining up in bay 1. This appliance is also seen carrying an wheeled escape ladder during a drill. Unknown fireman – 1965- Copyright Ramsbottom Heritage Society