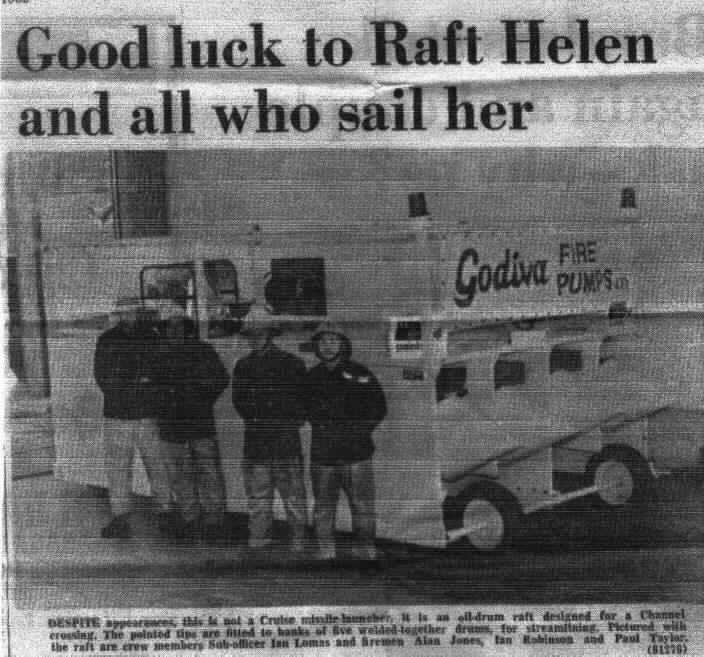 Sorry about the quality of the picture but it felt it was worth including. Pictured is the raft that was created by the by the firemen to cross the channel to raise money for the Helen Aspinall Appeal. L-R Sub Officer Ian Lomas, Alan Jones, Ian Robinson and Paul Taylor – 1980- Copyright Mark Beswick 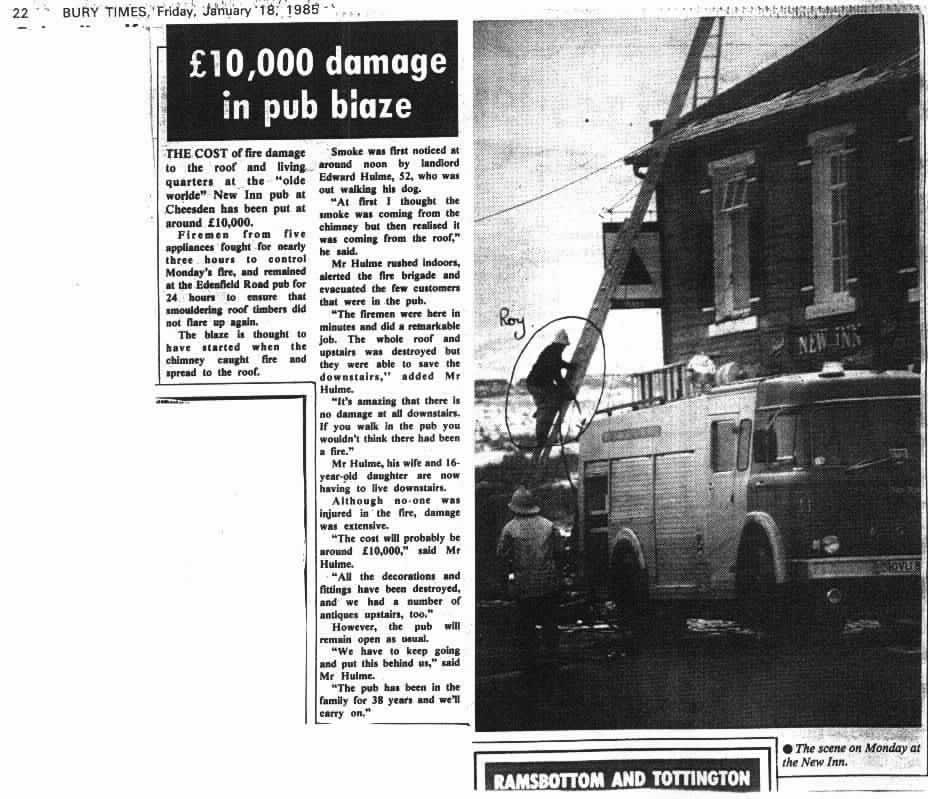 Fire at the New Inn Pub, Cheesden. Fire Appliance is OVU853R. The fireman on the ladder is believed to be Roy Ellis – 18th January 1985 – Copyright Bury Times 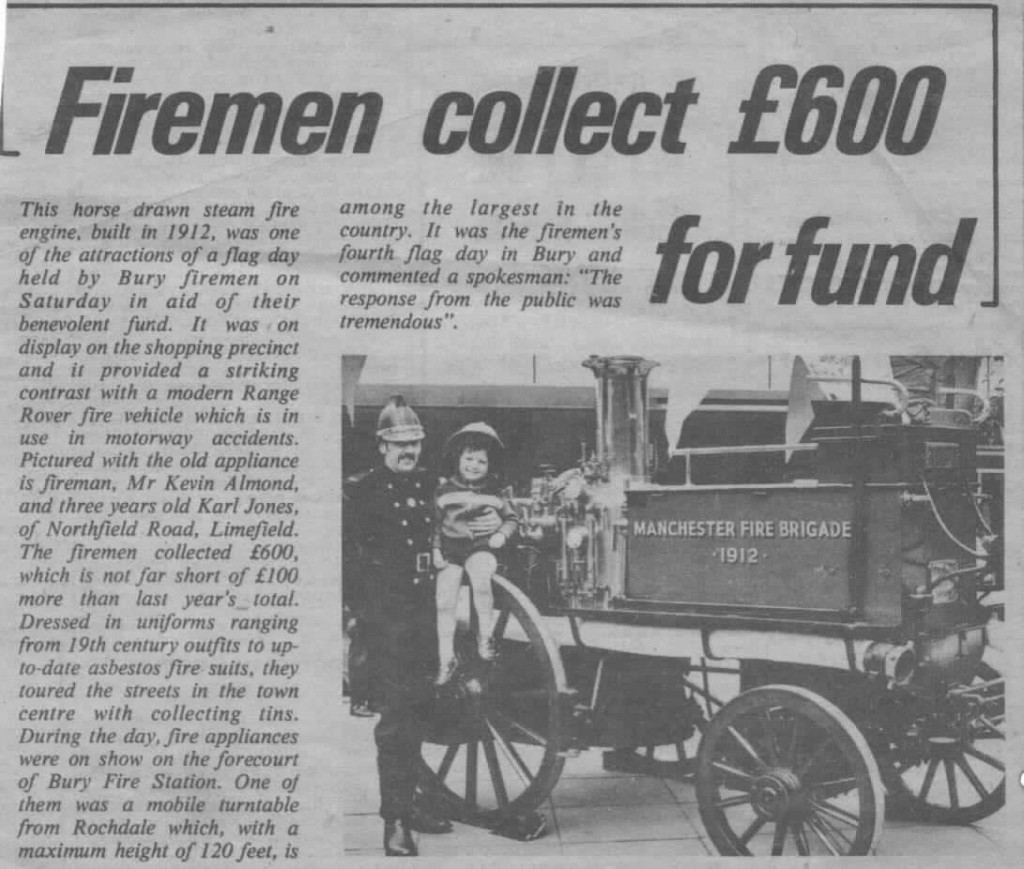 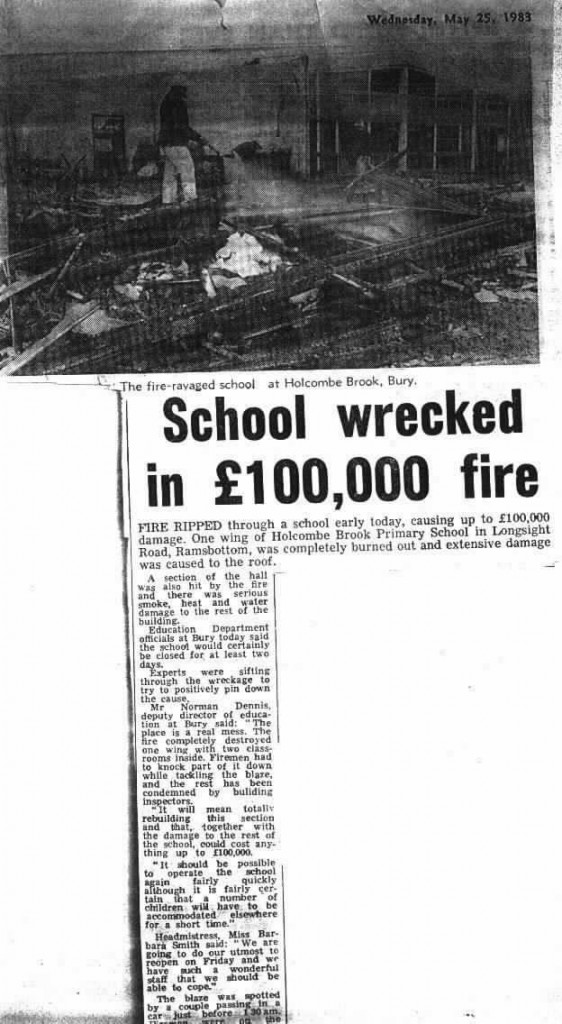 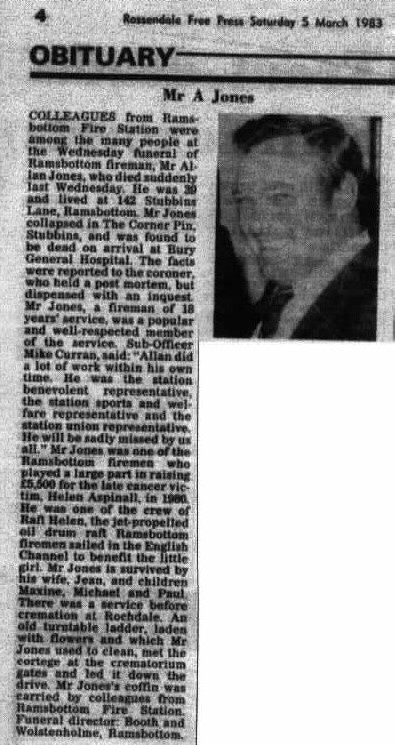 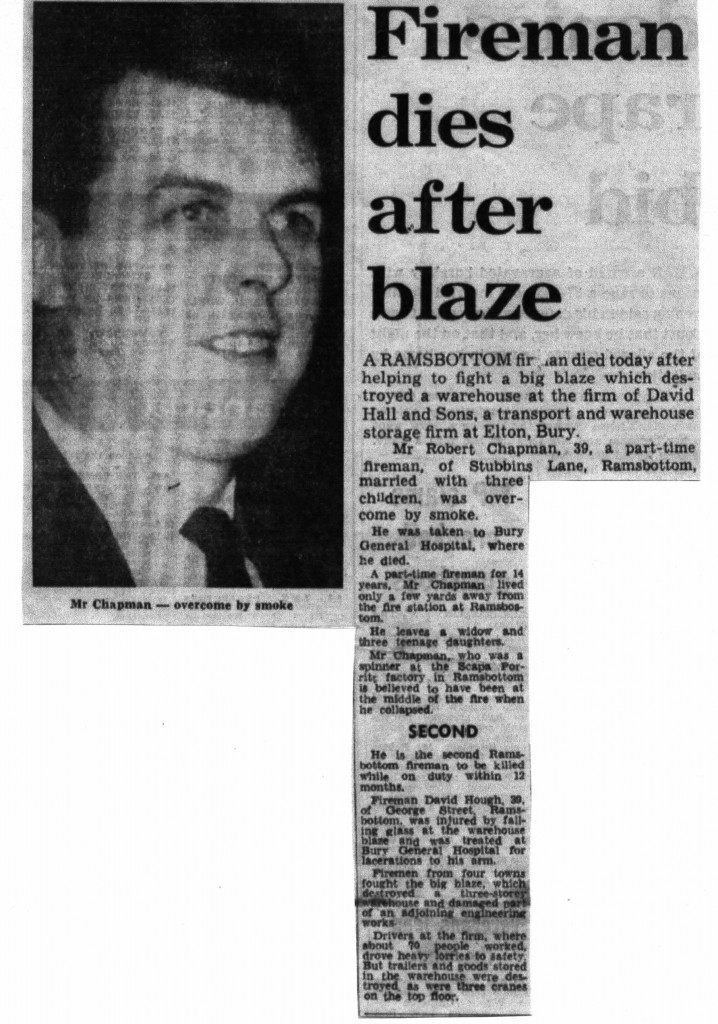 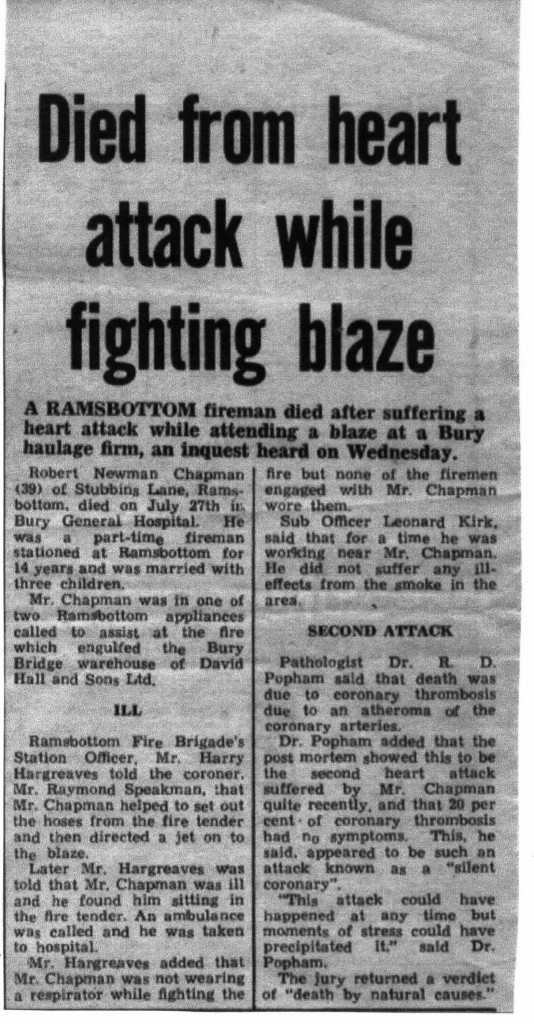 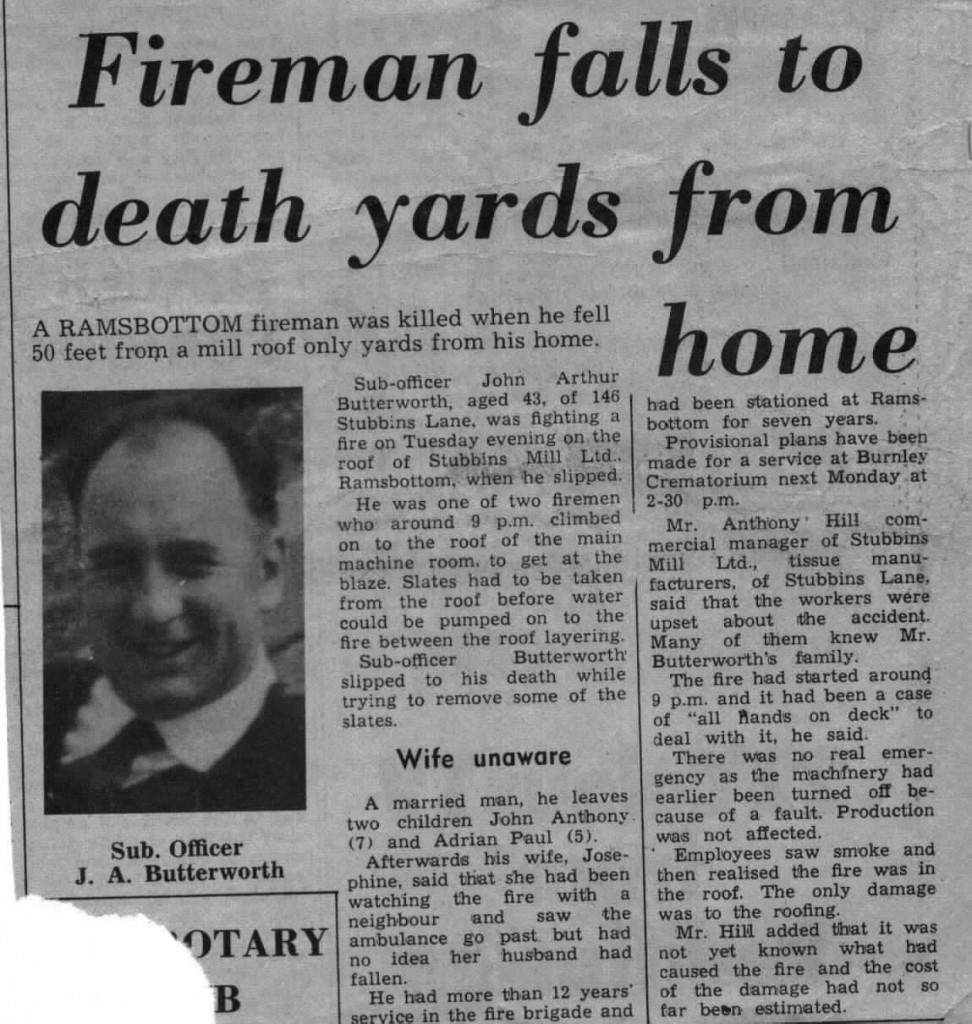 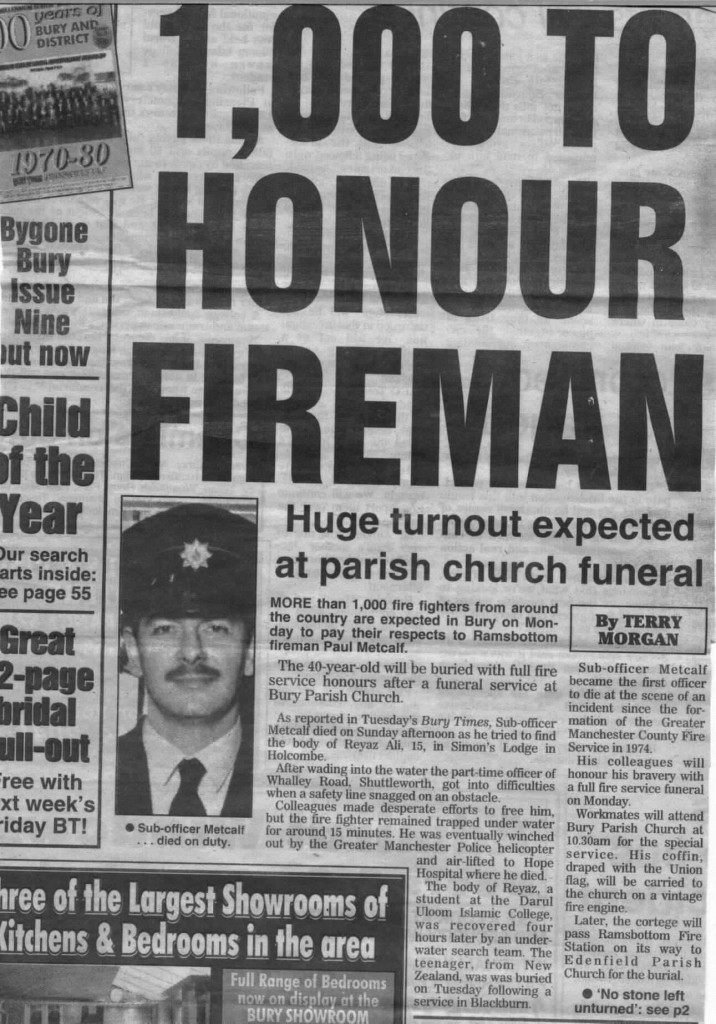 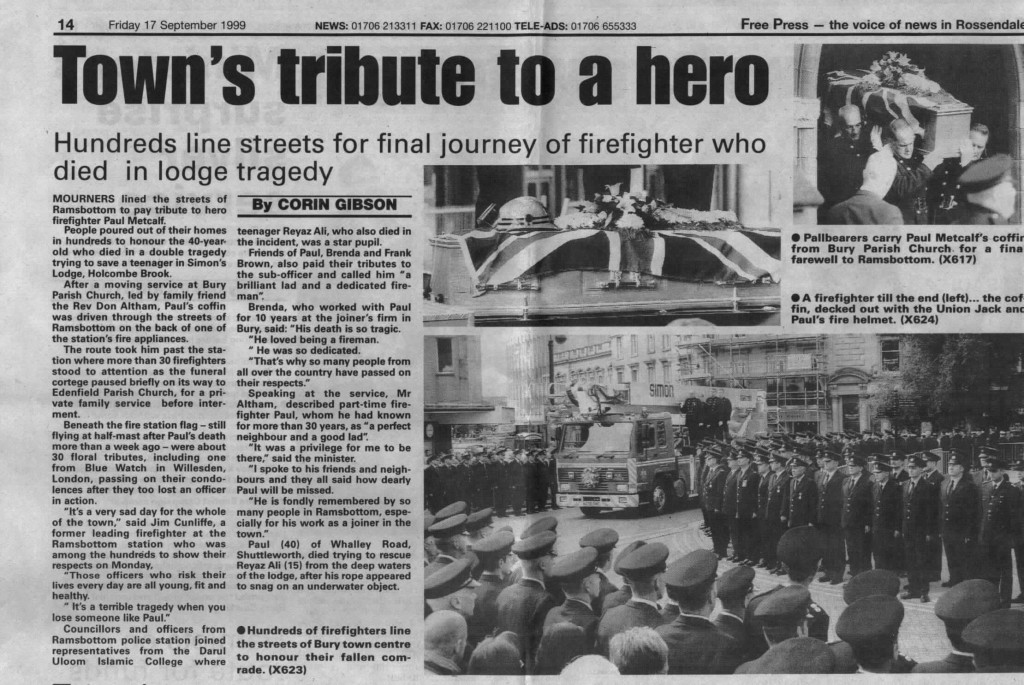 A poem about the Retained Firemen by K.R. Griffiths dedicated by all the personnel at Ramsbottom Fire Station – 1999 – Copyright Les Walker 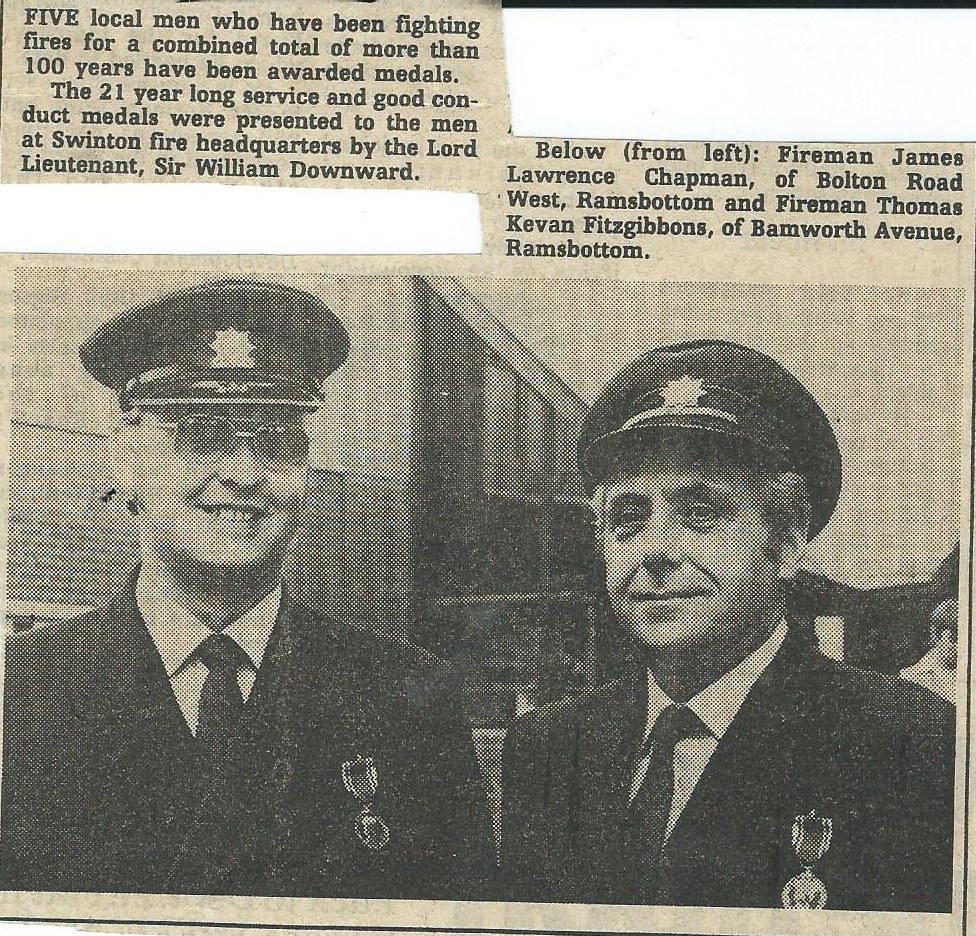 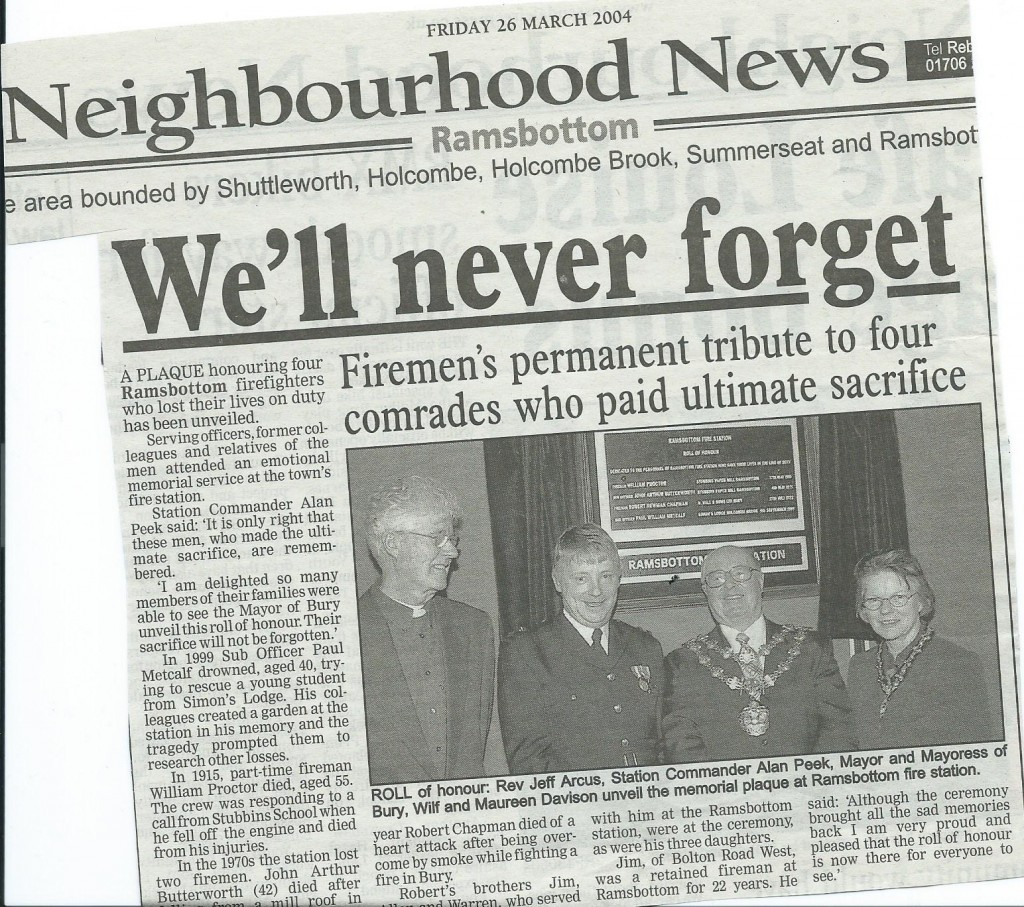